The UChicago Network for College Success (NCS) began in 2006 out of a growing need for research-based education reform in Chicago. Today, NCS partners with 17 schools and 300 educators that serve over 16,000 students—approximately 16% of the district’s high school student population. NCS brings deep expertise to help schools develop effective change strategies to support and sustain higher student achievement.

The UChicago Network for College Success (NCS) is being spotlighted this year because of its use of continuous improvement to dramatically increase the number of 9th-grade students, especially Black and Latinx children and children from low-income families, on track to high school graduation (i.e., have earned enough credits for on time sophomore year promotion). This focus is based on the fact that students who fail a course or whose attendance falls to unacceptably low levels in 9th grade have greatly diminished chances of making it over the high school finish line. Indeed, 9th graders who end the year on track are four times more likely to graduate. On track is a stronger indicator than race, ethnicity, poverty, or test scores.

NCS achieved its results by focusing annually on 15 to 20 Chicago schools comprised of more than 300 educators and 15,000 students. These schools saw their overall on-track rates rise by nearly 20 percentage points from 72% in 2010 to 91% in 2019. The success of students of color during this period was also noteworthy. For example, the on-track outcomes for Black males grew from 58% in 2010 to 84% in 2019, and those of Latinx males increased from 66% to 84% in the same period. For their longest standing high school cohorts in which NCS has graduation data, being on track in 9th grade translated into an average graduation rate that grew from 71% in 2013 to 84% in 2019. 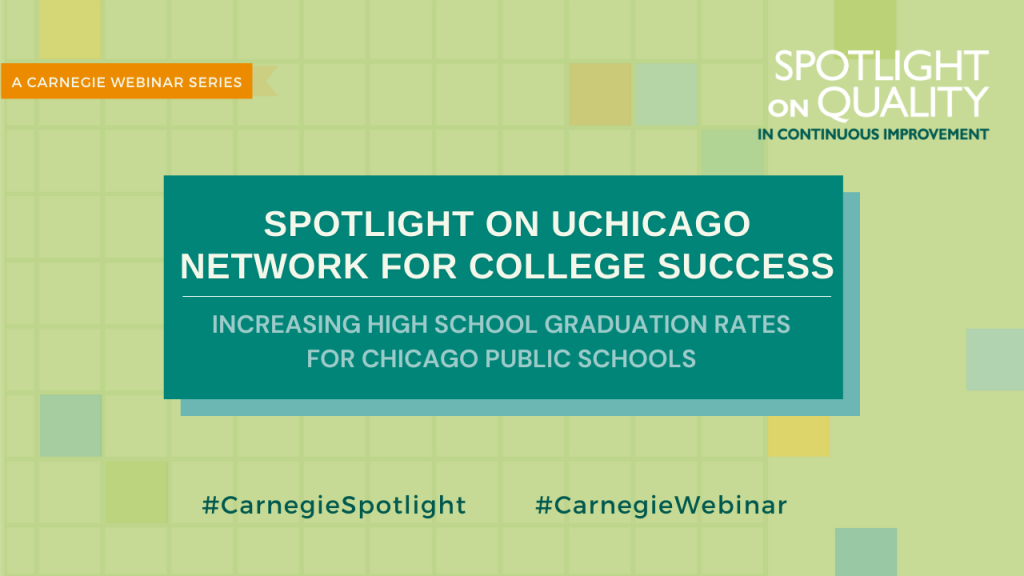 In this webinar, leaders of the UChicago Network for College Success and practitioners on the ground discuss how they dramatically increased the number of 9th-grade students that were on track to high school graduation.
Download presentation slides (PDF)

Read the full profile of the Network for College Success for more details about the work.

Spotlight at the Summit

UChicago Network for College Success (NCS) will discuss their work at a featured session at the 2021 Summit on Improvement in Education.